In September, 1984 the U.S. Davis Cup team played Australia in Portland, Oregon. With John McEnroe and Jimmy Connors (numbers 1 and 3 in the world at the time), it was arguably the greatest U.S. team ever. However, it was the Davis Cup Captain who history will most likely remember. In my role on the national staff of the USTA I helped arrange a series of school visits to Portland Public Schools with Arthur Ashe, which I MCed. 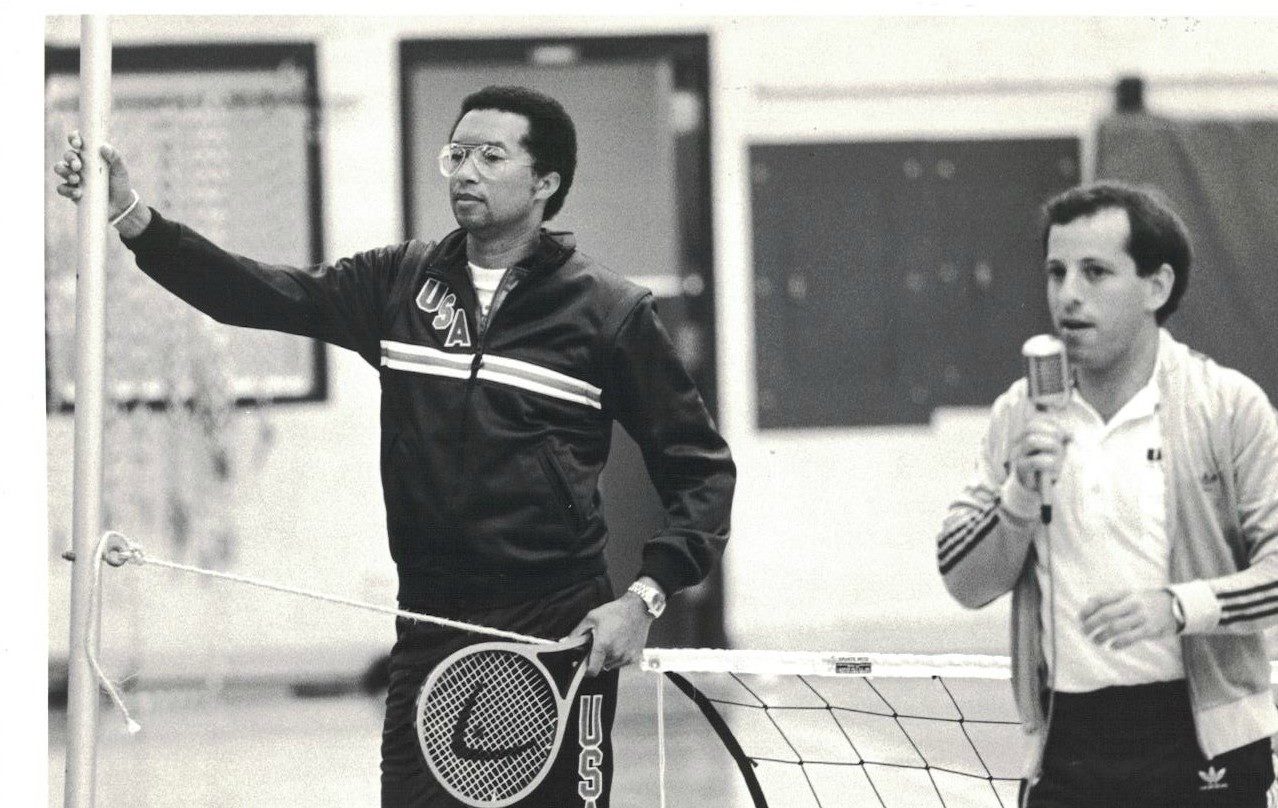