I guess I’m a frustrated entomologist. I even did a magazine piece where I followed around an Iowa State professional entomologist — sort of a day-in-the-life of a bug scientist. So I was excited to see the publication of a MG novel by Jennifer Angus, who is a fantastic artist. I’d seen a showing of her work at the Sundance Cinema in Madison and was head-over-heels. Similar illustrations appear throughout IN SEARCH OF GOLIATHUS HERCULES. Here is my thumbnail review:

Enjoyed watching the live steam of the National Book Award ceremonies last night and the gracious acceptance speech of Cythnia Kadohata. The Thing About Luck is wonderful. 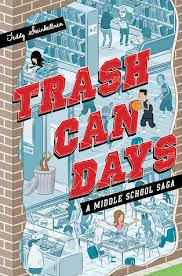 This is an accomplished MG/YA novel with enough sophistication to appeal to older readers as well. It employs an eclectic narrative technique with four distinct first person points of view, mixed with excerpts from text exchanges, tweets, blog pages, letters and school announcements. Thank you Dos Passos. The setting is suburban LA, the weight comes from the drama of the relationships and the interplay of wealth and poverty, social status and gang violence. These contrasts are nicely captured by the central premise: the l friendship is between two boys, Jake the 7th grade Jewish son of a rich Hollywood producer, the other Danny,the Hispanic child of the family’s (unseen) maid and gardener. The other two narrators are Harrah, Jakes older sister, the 8th grade daughter of privilege and queen bee of their middle school and the most intriguing character of all, outsider eccentric Dorothy Wu, who provides a sort of Greek chorus on the goings on. All this from a recent Stanford grad who has no right composing such a polished, complex and satisfying novel at such a tender age. Highly recommended.

At the beginning of 2012 I joined an online challenge to read 100 books in 2012. This task might appear less challenging if I admitted it was a message board catering to writers of young adult novels. Nevertheless, I failed miserably, booking only 60 or so.

I suppose I could claim special exemption for wandering so far from the compact pages of young adult novels. For instance, I read David Copperfield and Great Expectations, as part of my fill-in-the-holes project. Then I added a couple of historic doorstops, Booker award winner Wolf Hall and Pillars of Earth, Ken Follett’s attempt to dramatize the building of 12th-centry cathedrals. It definitely did not win any literary awards.

Of the books I read, the ones I’m most enthusiastic about recommending are wildly different. I loved Peter Heller’s The Dog Stars, which is a post-apocalyptic tale of a psychically wounded small-plane pilot living in a population-decimated future Colorado. I also heartily recommend young and adult readers to Neil Gaiman’s The Graveyard Book, especially the audio version read by the author. It was released in England as an adult book; in U.S. as a kid’s book. Read it and decide for yourself.