Just a reminder of all those great readings in Iowa City that were part of the writing scene — wish I had grabbed more of these handprinted bills (after the readings, of course). 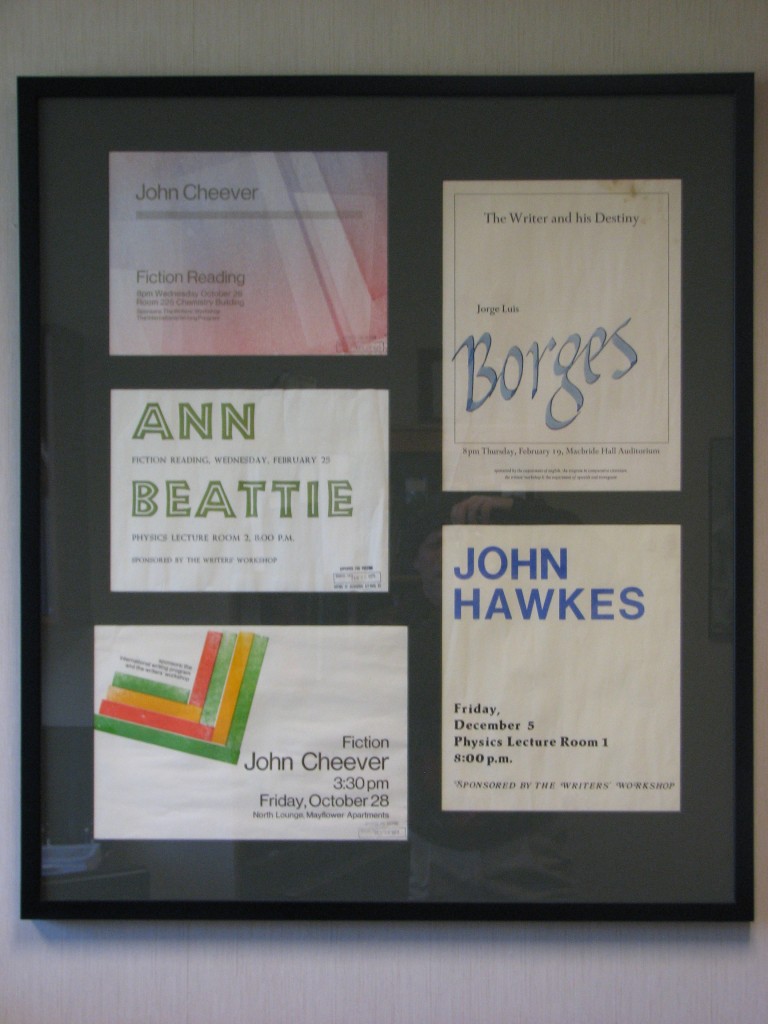