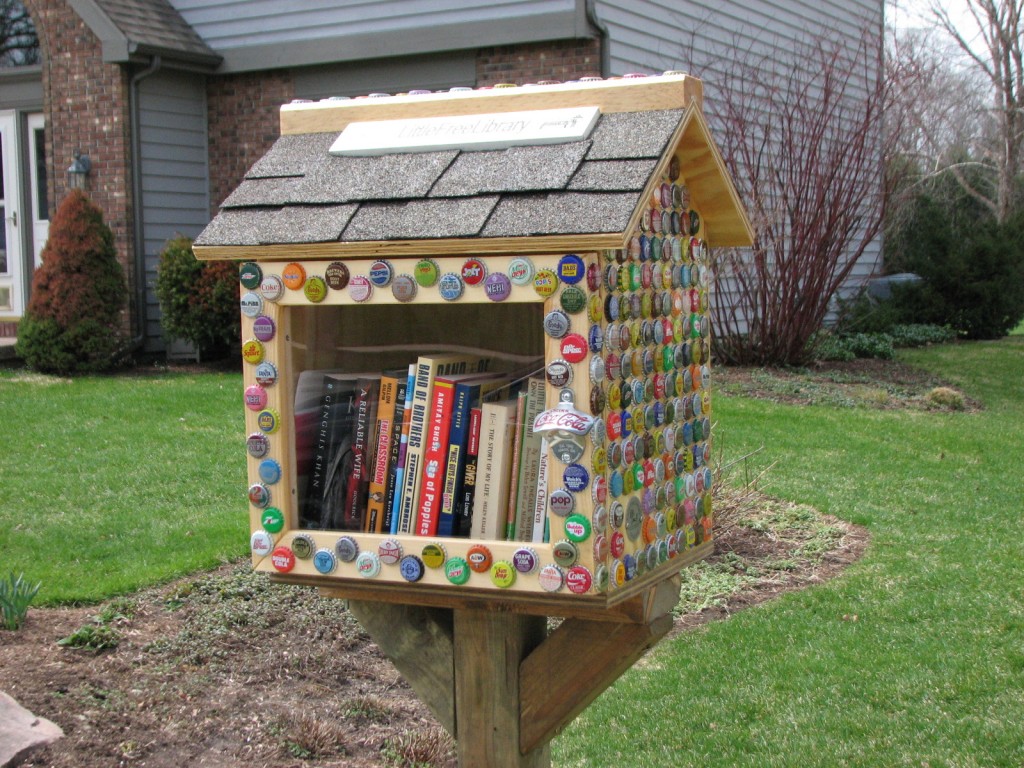 This was really my wife Diane’s baby, but I take some pride of ownership for my contributions to the construction — crude carpenter work on the pole and support, cementing the post, bolting the whole thing together. She was inspired by a similarly decorated little library outside of Avid Books, the terrific indie bookstore in Athens, Georgia. We spent some time in Athens last December, trying, mostly unsuccessfully, to find some better weather. But it wasn’t a trip without some inspiration.