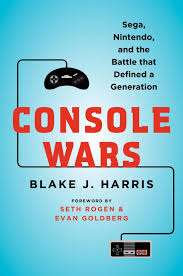 When I saw the first notices for Blake Harris’s new book, Console Wars, about the battles between Sega, Nintendo and Sony in the 1990s, I immediately flashed back to my own console wars. My elder son was born in 1987, the year after Nintendo launched its first gaming platform, NES, with its addictive new game, Super Mario Brothers. He was three when the first Game Boy hit the shelves. By five, he was begging for both. Regularly, obsessively, unrelentingly. For years.

As this encyclopedic recap details, my son was part of a huge new, rapidly growing industry. The book, the result of hundreds of interviews, focuses on the executives at Sega and Nintendo and their often frantic efforts to keep up with the competition and the rapidly shifting technology. While not everyone will be intrigued by the weight of detail, much of it peripheral to the central strains of the story, it is chock full of revelations. For instance, who recalls that in 1990 only 15% of American homes had a computer, while close to 30% had a Nintendo console?

The central character, and one supposes source, for the book is Sega executive Tom Kalinske, a former Mattel executive who had helped put Barbie into pink bedrooms everywhere. He steps into what seems an impossible task: competing with the lock hold Nintendo has on the industry, with some 90% of the U.S. market cornered. Nintendo has the best game developers under exclusive contract, retailers in thrall by constricting supply below demand, and the iconic characters of the decade with Mario and his cohorts. The bulk of the story is how Kalinske and his carefully chosen colleagues wrest market share from Nintendo until they actually crown Sega and Sonic the Hedgehog number one. But not for long. As Console Wars expresses again and again, nothing is for long in the fickle world of consumer electronics where today’s hot product is tomorrow’s museum piece.

Here are some of our artifacts from those early days of computer gaming. John Madden football and Lemmings turn out to be important components of the story detailed by Harris. 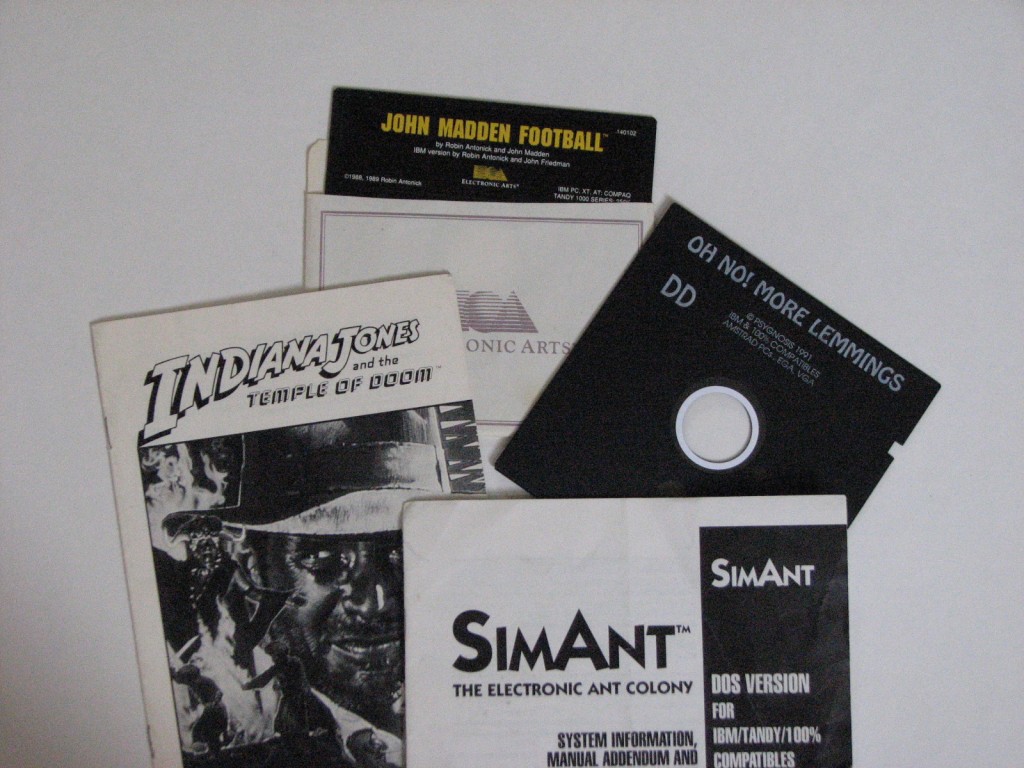